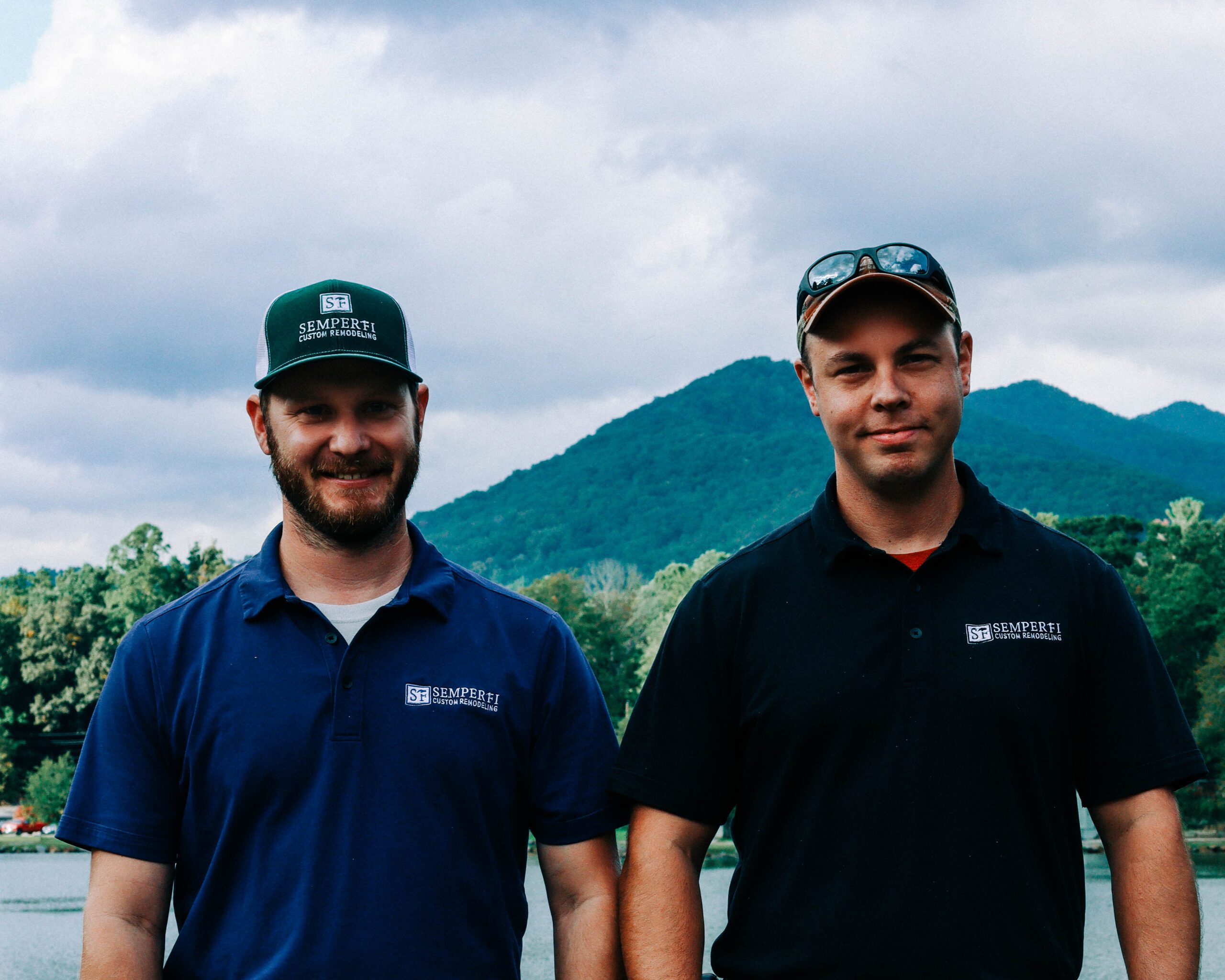 At Semper Fi, our team aims to restore faith in small, locally owned building companies and the people who run them. As a company focused on remodeling, we provide a tailor-made experience that a new home builder cannot. We pride ourselves on our reliability, integrity and trustworthiness through every step of a remodel. Through our commitment and excellent communication, we foster strong relationships with the people we serve.

In 2010, we built our first home with our childhood mentor and it was then that we discovered our innate passion for building homes. Building that home and bonding with the homeowner during the project was ultimately the reason why we founded our organization. We were both raised in a service-oriented family; Chris’ father was a plumber and Jay’s mom and grandmother owned an antique shop in Black Mountain. Growing up in such families taught us that the relationships we build with people are just as valuable as the services we provide. Due to the lessons our family and childhood mentor taught us, as well as our passion for building client-builder relationships, we have specialized our focus on remodeling homes. Remodeling spaces versus building houses allows us to utilize our passion for building, as well as our desire to work closely with our clients. 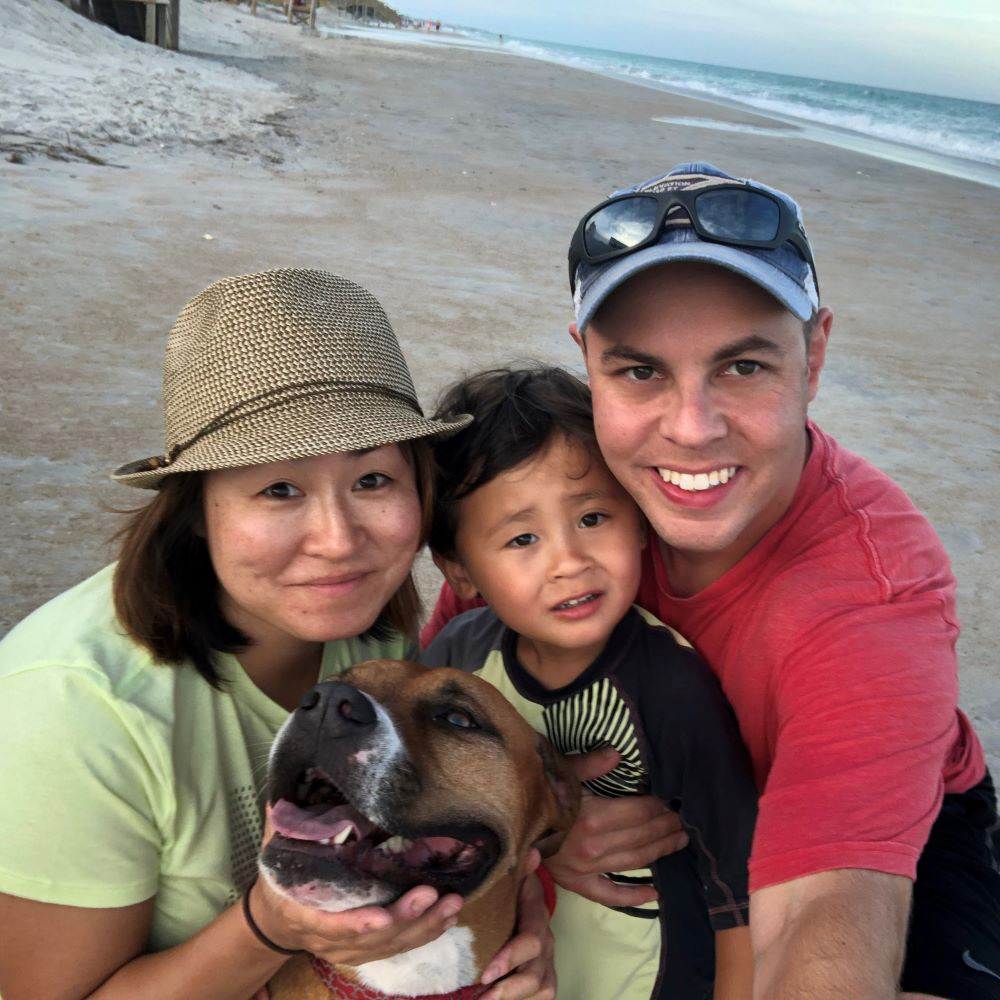 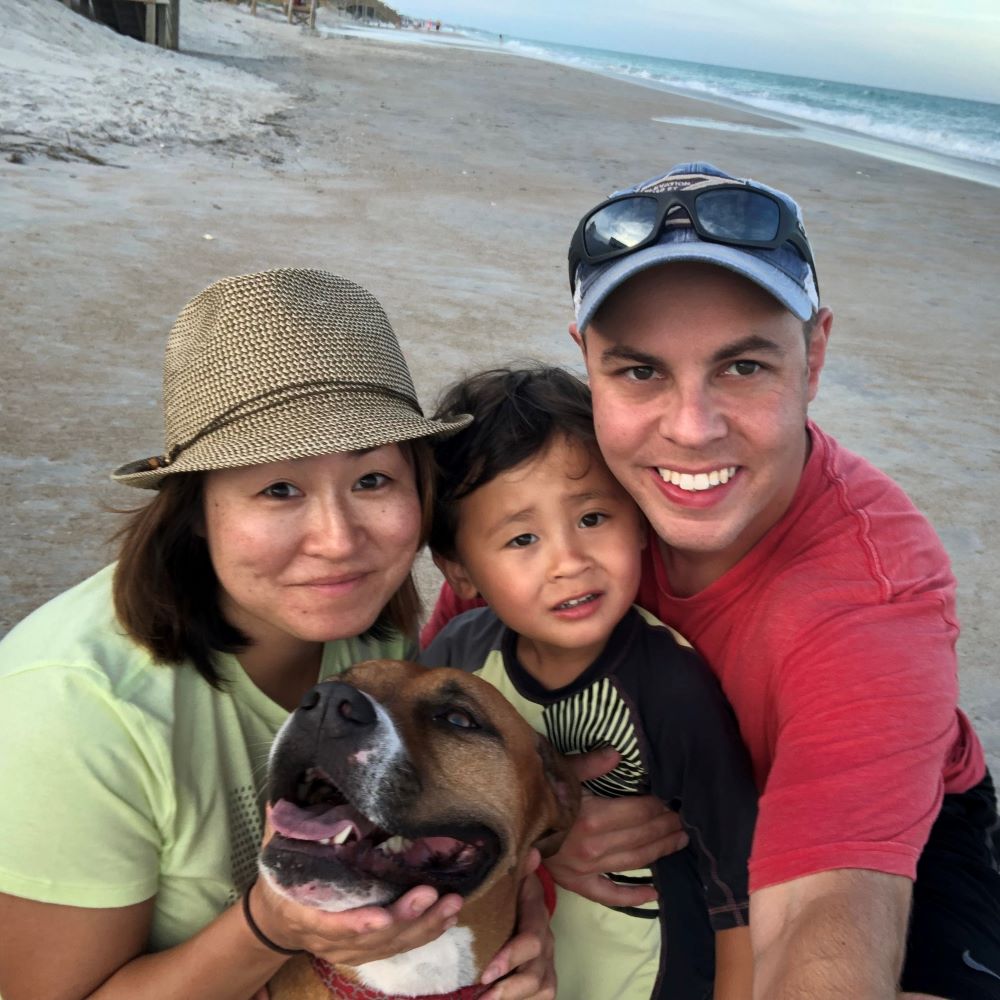 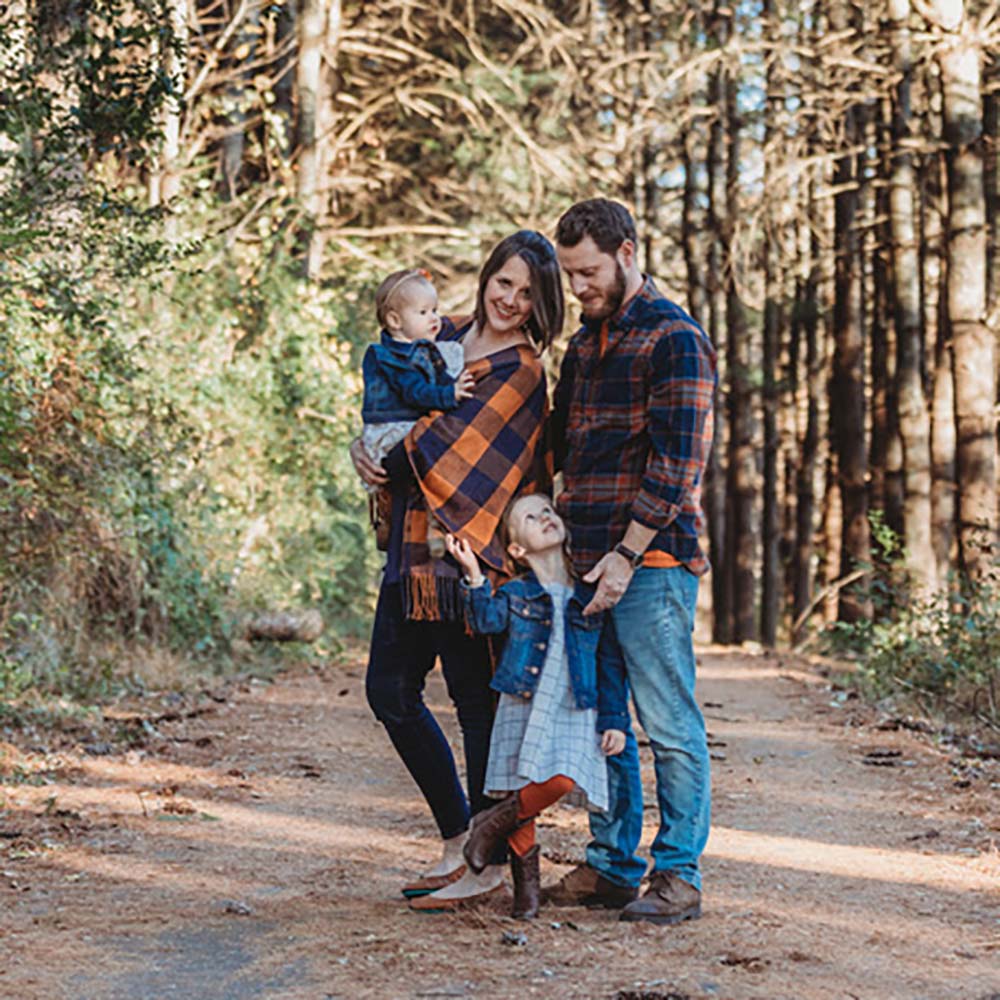 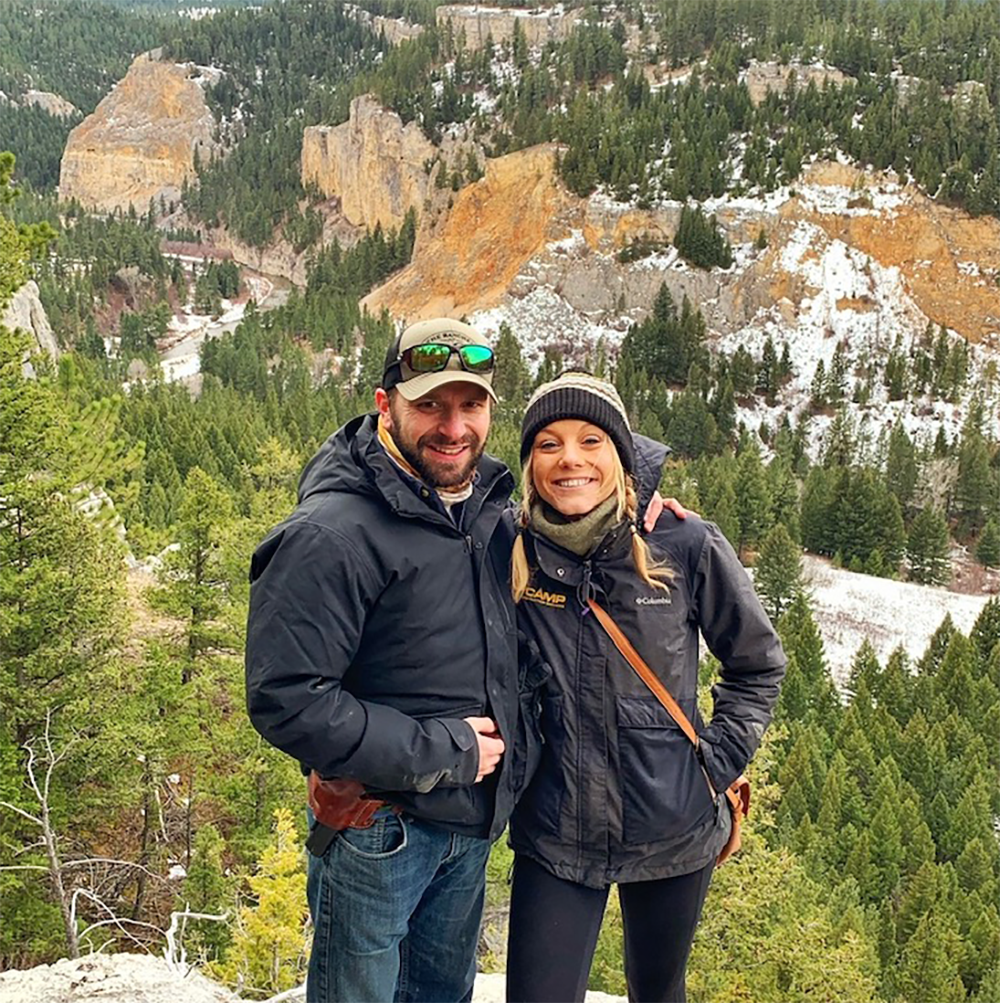 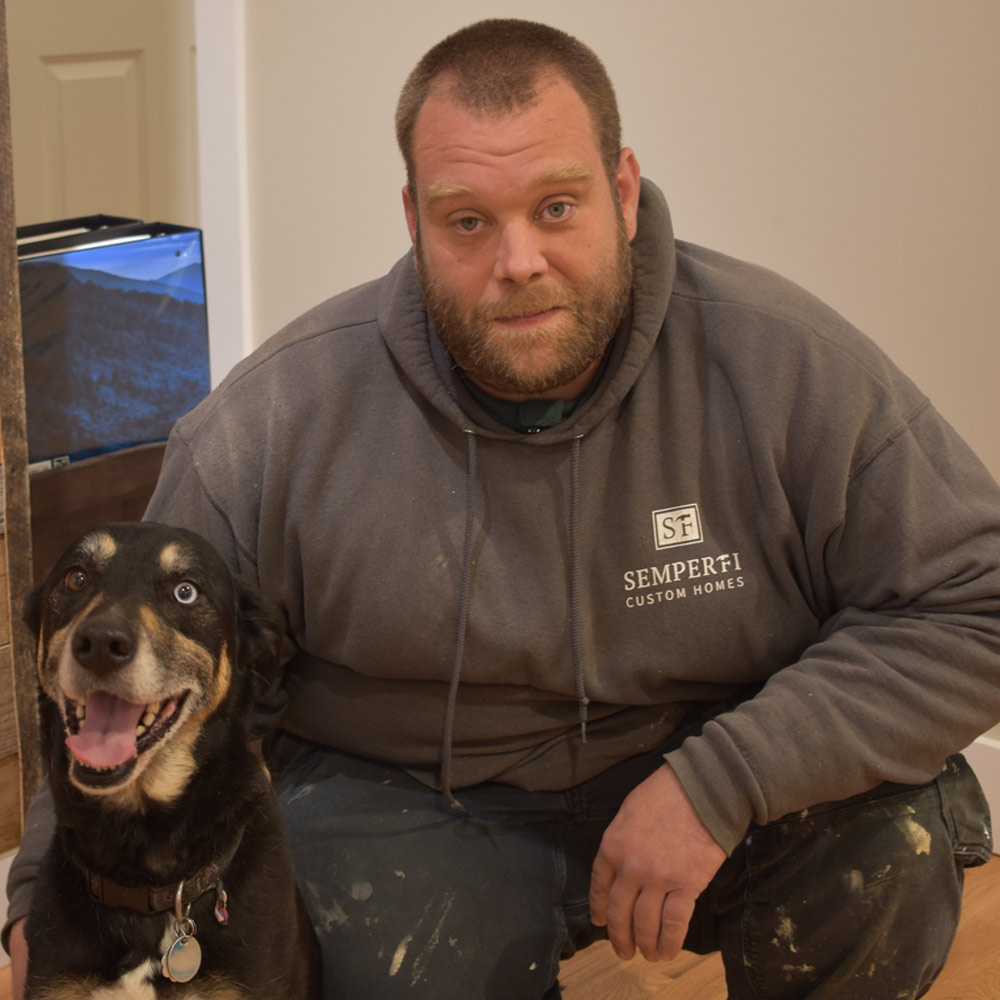 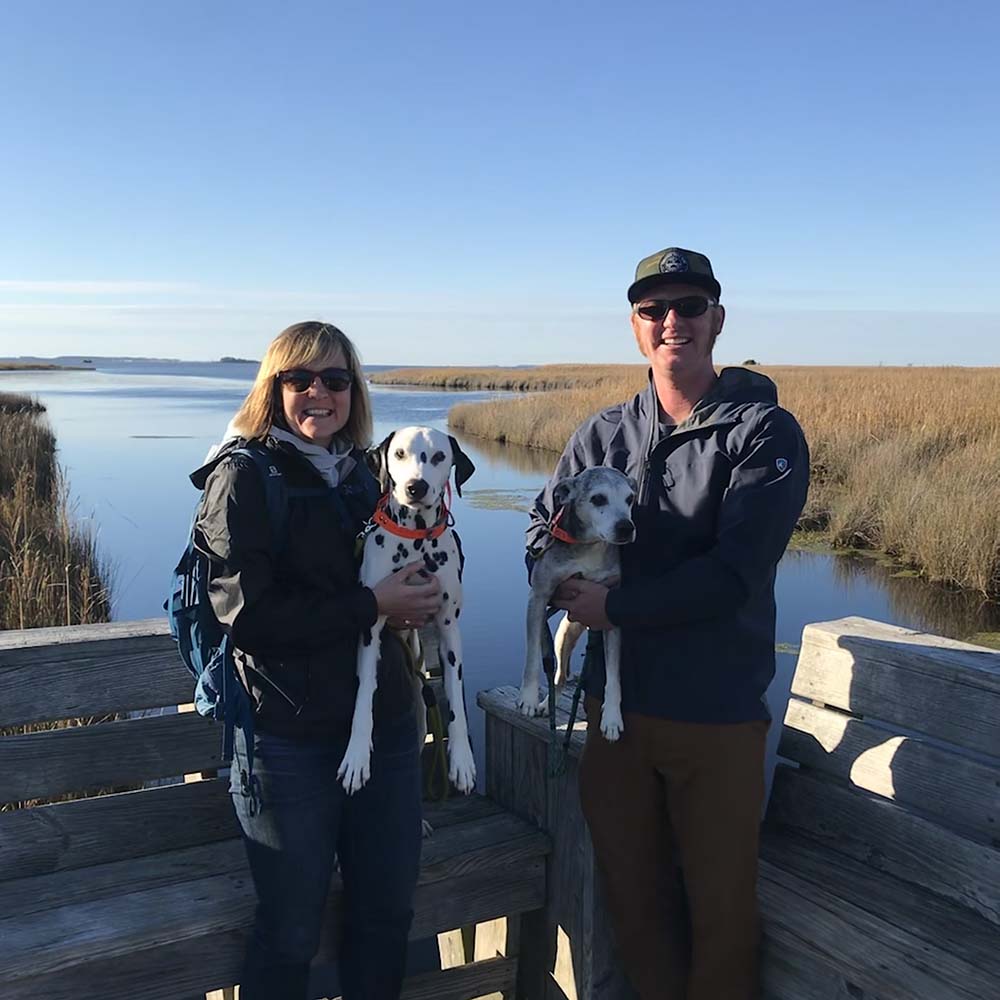 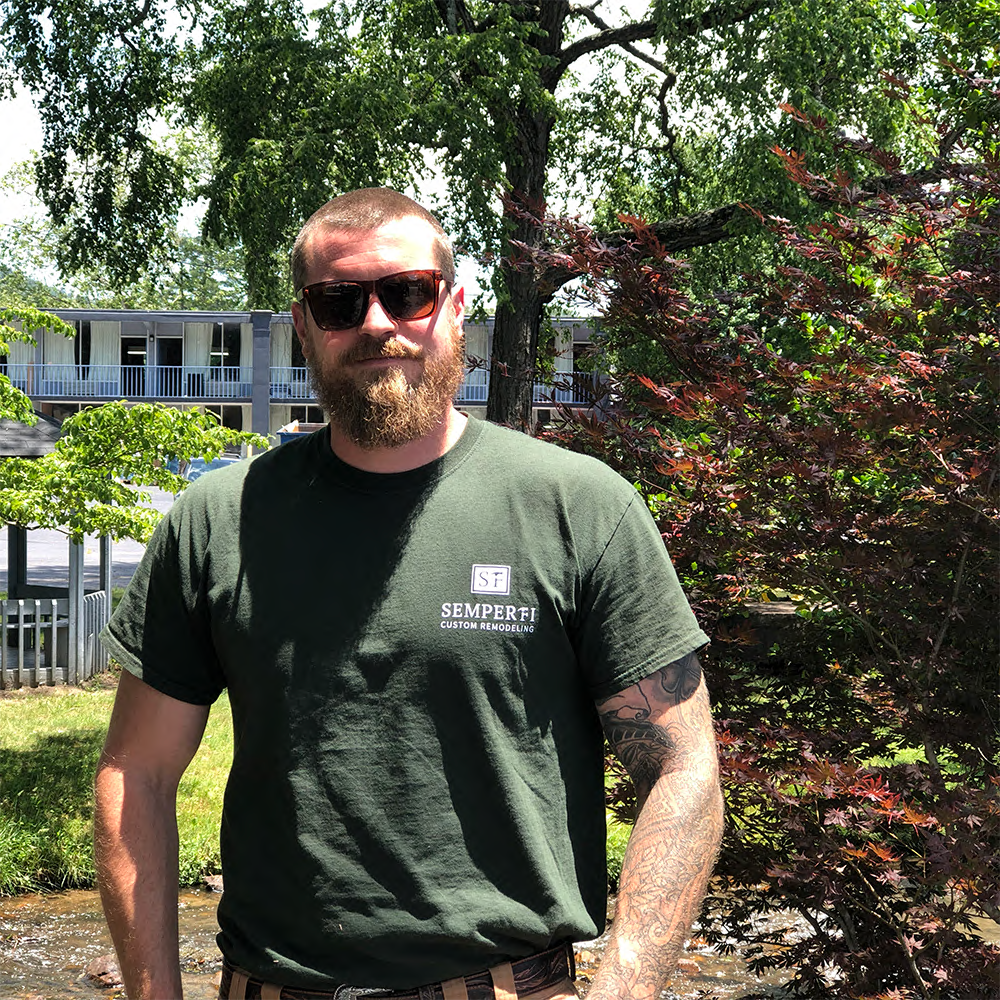 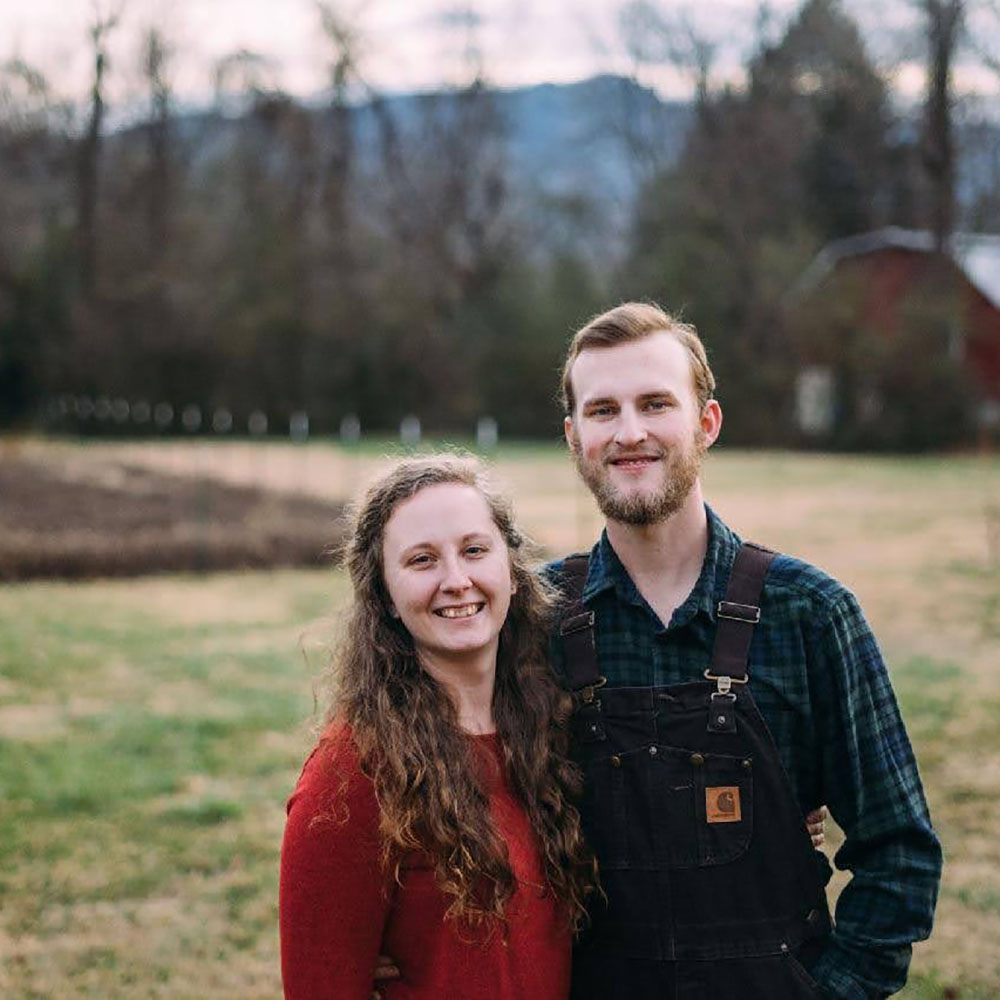 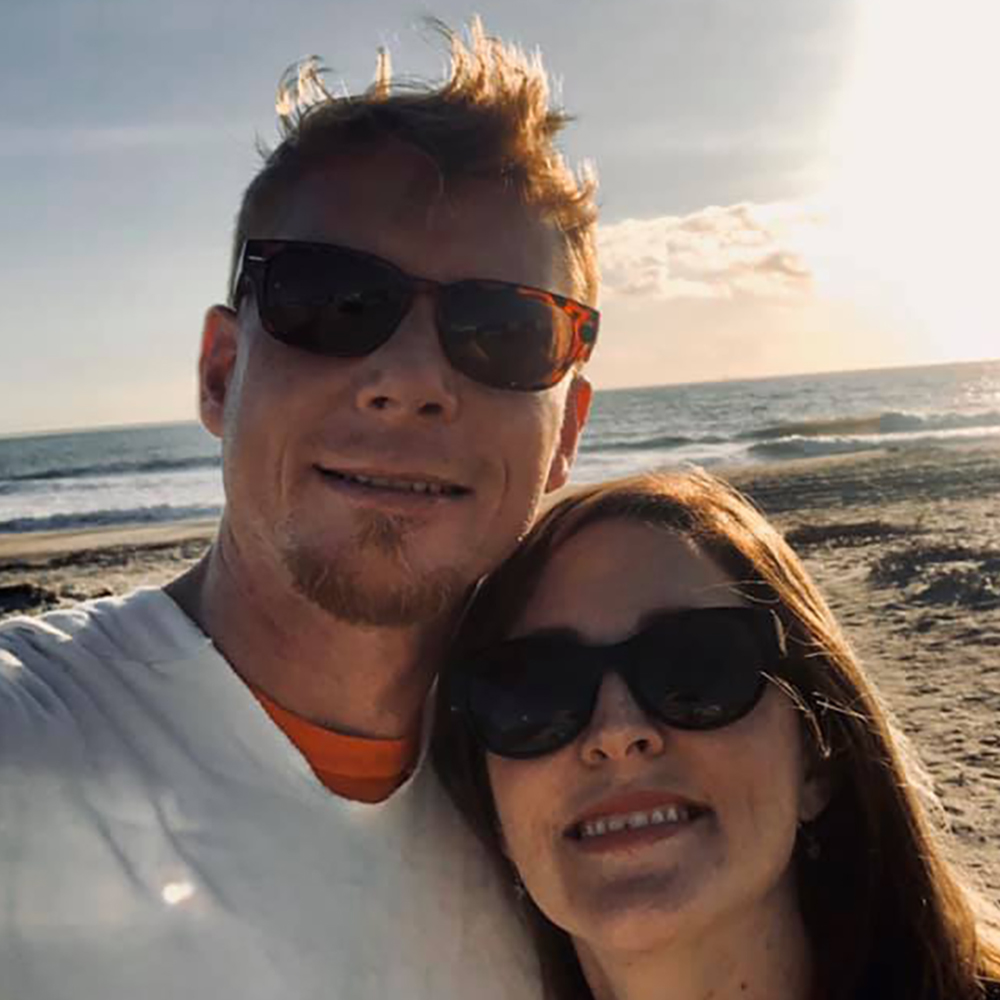 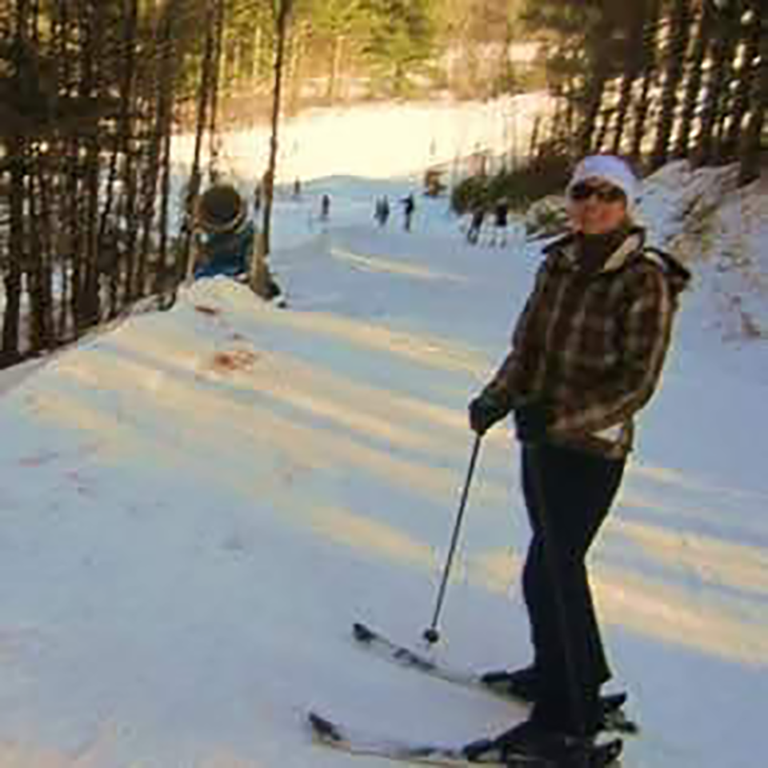 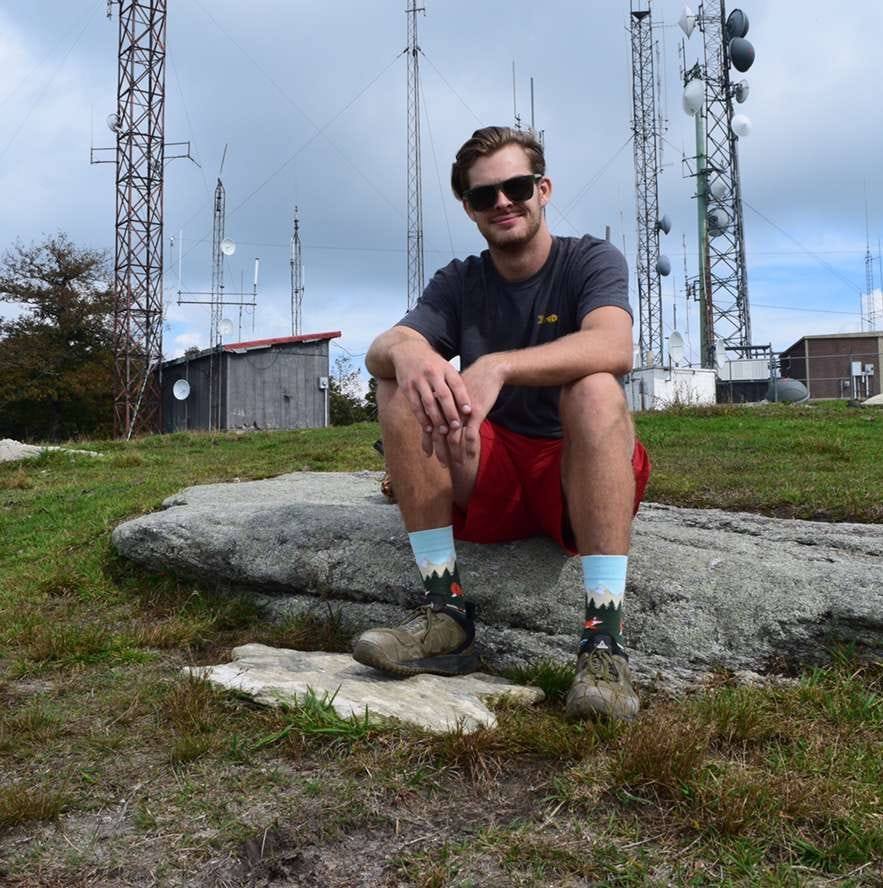 Growing up in Buncombe County, Jay Cope lived through several remodels that his parents completed on their home throughout the years. As Jay grew up, he developed a love for the mountains. Despite this, Jay decided to attend North Carolina State University to attain a BS in Aerospace Engineering. After graduating, Jay went on active duty in the Marine Corps as an Aircraft Maintenance Officer and was stationed in Japan.

After meeting his wife, Yuki, in Tokyo Japan, and a successful tour in Japan, they were stationed in San Diego, California where Jay continued his efforts in the aircraft maintenance community and successfully completed a deployment to the Middle East.

After finishing his time as an Aircraft Maintenance Officer in the Marine Corps it was natural for him to be drawn back to the Asheville community, so Jay and his family decided to settle down in the Black Mountain community.

With a passion for building, and after receiving his Master’s in Business Administration, Jay decided to open Semper Fi Custom Remodeling with his childhood best friend, Chris.

In 2016 Jay and Yuki were blessed with their son, Aiden, and enjoy spending their free time playing at the park with their dog, Addie, and riding bicycles together.

Chris Harrin hails from the West Asheville area and grew up as a plumber’s assistant helping his dad in his plumbing business. In his high school years at Asheville High School, Chris was recognized as a distinguished expert and competed at the national level in the Civilian Marksmanship Program. After high school, Chris joined the Marine Corps as a Small Arms Repair Technician and was stationed in Charlotte, NC.
During his deployment to Iraq in 2009 Chris was recognized and awarded for superior performance and achievements during combat operations. Living in the Montreat area and working for his mentor, Chris developed a passion for building as he constructed his first home. During this time Chris was fortunate enough to meet his wife, Jessie.
After many years working in the construction and building industry, Chris became a licensed general contractor and decided to open Semper Fi Custom Remodeling with his best friend Jay.
When Chris is not working and remodeling, he enjoys playing with his two daughters, Emily and Eva, and fishing the streams and rivers of Western North Carolina.

RJ was born and raised in Connecticut.  He moved to Colorado to attend the University of Colorado in Boulder to study Architectural Design and play Ice Hockey.

After graduating, RJ moved to Montana, where he sold custom homes, fly fished, and met his fiancée Samantha.  They decided to move to North Carolina in 2020 to be closer to family.  RJ and Samantha have 2 dogs; a 3-year-old German Shepard names Breyer and a 12-year-old mixed breed named Jack.

In his free time, RJ enjoys listening to bluegrass music, playing golf, fly fishing, camping, hiking, and mountain biking.  RJ is most excited for at Semper Fi is the opportunity to be creative in the decision-making and design process to help our client's dreams come to fruition.  Some people may ask how RJ has such big muscles but, RJ ensures us he was born that way.

Welcome to the team RJ!

Katie is originally from Minnesota but has spent most of her adult life in Hawaii and Alaska.  Katie, her husband Justin, and their two dogs Kona & Lucia are recent transplants to WNC.  They are excited about the warmer weather and new adventures.

When Katie isn't working, she enjoys hiking with her pups, hockey, gardening, and biking.  She is also a scuba diver and even had an underwater wedding! She recently participated in a 750-mile sailing rally from San Diego to Cabo San Lucas.

Katie enjoys the remodeling process because she loves seeing a space being transformed.  She is most excited to work with an innovative team.

Katie has a degree in Fish & Wildlife with a background in Office Administration and Tourism.  We are excited about the experience (in and out of the office) she brings to the team!

Bryan was born in California and grew up in a military family. After graduating from Minnesota State University and obtaining a Bachelor’s Degree in Recreation, Parks & Leisure Services, Bryan moved to Western North Carolina to be closer to his family and settle down with his dog, Roobarb.
With 5 years of construction experience, Wilderness First Responder experience, an extensive background in low voltage wiring, and exceptional customer service, Bryan is an invaluable Semper Fi team member.
Bryan is our longest-tenured employee.  He started as a Carpenter and has now been promoted to Project Estimator.  With his hands-on experience combined with his analytical thought process, Bryan has continued to improve Semper Fi Custom Remodeling.
Since being promoted Bryan has completed two certifications.  He is a certified Project Estimator through CoConstruct and a Certified Aging in Place Specialist through the North Carolina Builders Institute. We are incredibly proud of Bryan and are very lucky to have him on our team.  His dedication and vivacious personality have improved the company as a whole.
In his free time, Bryan enjoys spending time with his family and admiring RJ's incredibly large muscles.

Carrie was born and raised in Northwest Arkansas.  Carrie and her husband Dan Pride, AKA Dan the Rock Man, moved to Black Mountain in 2005.

Carrie and Dan have been happily married for 10 years.  They love their 3 fur babies, 2 dogs, and 1 cat.

Carrie worked as a paralegal for almost 15 years.  Her training is in law, collections, and real estate law.

Carrie loves seeing a drawing and design on paper then seeing the real thing in person.

In her free time, Carrie enjoys trail running, swimming, and spending time with friends. Anytime she can run with her friends or her dogs is a good day.

We're excited to have her confidence and her ability to get results.

Brandon was born in Canton, Ohio, before his family moved to the Asheville area, where he's lived ever since! He holds a Bachelor's degree in Psychology from UNCA. He has 20+ years of experience in the residential and commercial construction/maintenance industry. He also volunteered at the Black Mountain Fire Department for 16 years, and holds a slew of state and nationally recognized certifications related to that field.

He has been happily married to his lovely wife Elizabeth for 9 years, and they have two little girls, Sophia and Megan. In his free time, he loves spending time with his family and playing with his little girls, skydiving, anything outdoors (camping, shooting, riding a 4-wheeler), and of course, taking advantage of all the great local breweries in town.

Seth was among the lucky ones, who were born and have lived in Black Mountain their whole lives! His parents were high school sweethearts who relocated from Virginia in the '80s.  Seth is the oldest of 3 children, with 2 younger sisters.

Seth enjoys spending his time outside work with his wife, Amber, and their two dogs.  They like to hike, patronize local breweries, play disc golf, and work out in their garage gym.  Seth and Amber were married during COVID and hoping to have a big celebration with friends and family soon!

Seth's favorite part of custom home remodeling is the ability to take a raw idea that a homeowner has and turn it into a reality.  He loves helping someone achieve a desired look and feel in their home.  We're lucky to have Seth a part of the Semper Fi team!

Sam has explored several places throughout his life.  He spent a few years in Alabama, Chattanooga, and New Mexico until he finally settled here in Black Mountain in 2015.  Sam has completed 2 years in Outdoor Education at Montreat College until he switched over to a Music Business Major with an emphasis on Audio Production.

He started learning carpentry and construction skills in 2019 as he spent his time as an assistant carpenter with a few local contractors and woodworkers.  Sam has the dream of building his own home one day, so he is eager to learn everything he can!

In his free time, Sam enjoys playing music and making homemade sourdough bread and homebrews.  He and his wife Whitney have welcomed their healthy baby boy in May 2020.

We are excited to add him to the team and are looking forward to seeing him grow with us!

Matt was born and raised in Nashville, TN. He recently moved to North Carolina to be closer to his wife’s family. Matt currently lives in WNC with his wife, Bethany and three children – Gus, Linus and Felix.

Matt has a Masters in Ceramic Arts and has been perfecting his craft for 12 years. He enjoys the problem solving that comes with remodeling. Being able to come up with solutions with his creativity is the reason he is great for our team.

On his free time, Matt enjoys hiking, fishing, photography and ceramics. He also participates in competition shooting. An interesting fact about Matt is that he is an amateur gunsmith.

Aaron was born in Cleveland, OH. Due to his love of the mountains, Aaron made the move to WNC in August of 2016. He lives here with his beautiful wife and daughter.

Aaron comes from a family of industrial workers and craftsmen. He has 25 years of experience in a variety of skill with an emphasis in furniture making. Aaron also taught Industrial Design students at the Cleveland Institute of Art. His favorite thing about construction is seeing the beauty come out of nothing – seeing the project from start to finish.

Aaron enjoys biking, hiking and playing guitar. A unique fact about Aaron is that he enjoys and using old hand tools as opposed to power tools for personal projects.

Nicole was born in Connecticut and spent part of her childhood in Palm City, FL. She currently lives in WNC where she’s now been for 26 years. Nicole is one of three siblings.

Nicole takes pride in rescuing animals. She has two cats, two horses and two peacocks! She loves spending her free time with her animals and enjoying a glass of wine during Carolina sunsets.

With Nicole’s passion for creating, she is a perfect fit for our team. She truly enjoys putting on her tool belt and creating something out of nothing!

Banyan was born and raised in Black Mountain, NC. He currently lives here with his parents and two younger sisters.

Banyan attend the University of Salt Lake City before returning home to pursue a career in carpentry. He enjoys personalizing projects by asking his own touches such as custom trim or metal work.